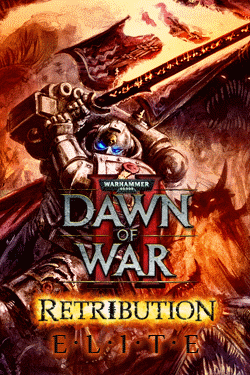 Greetings, in the name of the Emperor. You have found your way here from outposts and lost colonies spread far and wide across the Imperium. Most of you are probably Swedish. Which is weird. No doubt you have played a few games of Elite and witnessed the unforgiving skill curve that rewards knowledge and punishes the ignorant.

Yep, it can be a bit of a nightmare for newbies to find games where you’re not going to be rofl-stomped by dudes with 5000 hours of experience. And that’s why we nubclub every night at 8pm GMT.

Every evening we host games where beginner DOW2 Elite gamers can play and learn the game in a relaxed and (mostly) mature environment (20-40 yos), where they don't need to be amazing or be friends with x, y and z to be accepted.

We play 1v1, 2v2 and 3v3 games and there’s usually a good spread of different games taking place. If you want to go head to head, you can. Want to team battle? No problem.

A place where everybody knows your name (or User ID)

How to get to us: All games are organised through Teamspeak. If you don’t have a microphone, that’s ok. But you do need Teamspeak to be present for the games. We play at 20:00 UTC.

The server to connect to is: Server Name: ts.for.al (no password required)

Add them on steam, say hi! Look out for these guys in Teamspeak, they are usually the people setting up games.

Welshy (Sam) is the boss. He is a literal rocket scientist, and a secret master of French dancing. Usually keeps things moving forward in some kind of organised fashion.

Therin (Christian) is our Swedish Champion of Justice. Boy band good looks, great sense of style. Sadly has only one leg. Once killed an elk with a toothbrush.

Narcolepsy (Ash) wrote this guide, and used to be famous. He gave it all up to be a professional beardsman. Smells of avocado and petrol.

happystickman (Steve) Some say his head looks like a potato. Likes turrets. Dislikes AoE. Can teach you how to beatbox.

The Corniflox (Aurelio) Some people think that he is sexy. Others say he reminds them of a German Hitler. Honestly he looks more like a sexy German Hitler squirrel.

Generally speaking that’s all the information you need to get going. Try and get some experience with the mod/multiplayer before joining, even if it is only with AI. You don’t want your first experience of the game to be getting beat by someone who knows how to cap a point. Standard rules of behaviour apply, no flaming etc. The Beginners Group is open to all, and is a constructive environment for people to play the game, get better, and have some good clean orky fun. Also check out our second tournament. FA | Low Skill 2 v 2 tournament being hosted on the 13th of February at 3pm GMT. Click the link for more info :)