It's almost that special time of year again, when the days shorten, temperatures drop and you huddle up close to the PC with your friends... SO YOU CAN BEAT THE EVERLOVING SHIT OUT OF THEM IN GLORIOUS DOW II COMBAT. The October edition of the Proving Grounds beginner tournament turned out well enough for me to bother hosting a second one, so here we are.

Last time we seemed to have a good level of play with a 400 hours played limit for contestants. As before, players below 700 hours that think themselves suited to the level of play can always PM and we'll have a look in-game. The format of the contest will be Bo3 with a Bo5 finals with a loser's bracket finals for third place. In case of a large player pool there might be a more extensive loser's bracket.

When will it take place?

The date has been put down on Sunday 17 December.
The tournament will start at 19:00 CEST

That's the spirit. If you're interested there's two things you have to do.
-Post your steam name in this post, along with three commanders you want to play in the tournament.
-Add An'grathul on steam to give me a head's up.

Much like last time I hope to see many beginners called to battle! Along with the Proving grounds Discord I'll also host unofficial prelims to get some matches in and test the waters. If any casters are interested, your patronage would be appreciated. 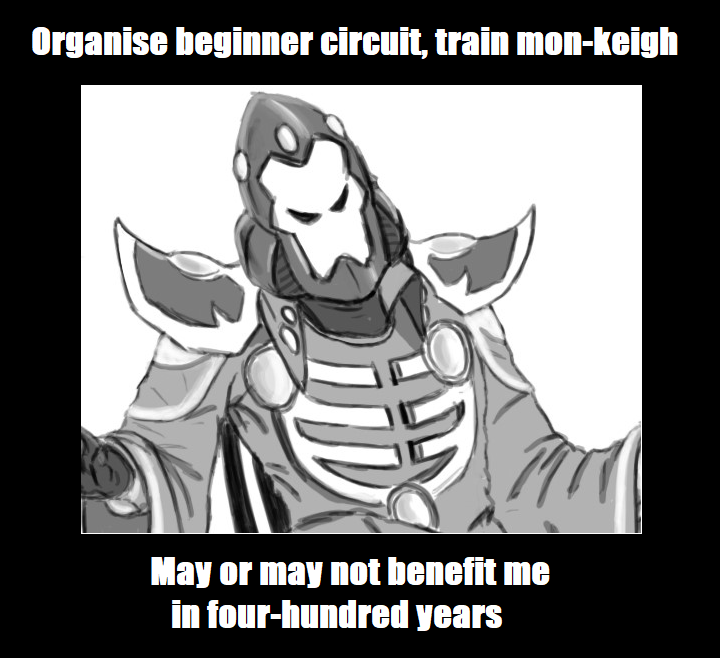 Contact your opponents to make sure everyone's informed.
Embrace game balance or not, it embraces you.
Top

Is it already too Late for me to sign up?
Top

You could be a back-up if anyone doesn't show up. That would be helpful I guess. As you can see in the bracktes An'Grathul posted all the places are already taken.

Another Option is to join in as an observer to experience the tournament first hand. At least.

Posting for last minute additions and people without forum account;

Well, things turned out messy, with many would-be-participants not showing up or cancelling last-minute. In the end we did manage to put on a 6-man tournament with an early loser-bracket faceoff to supplement the following rounds. Thanks for those that showed up and participated, and congradulations to our winner!

Thanks An'grathul for knitting the loose ends together ans keeping your cool.

I had some very nice games and am looking forward to playing against my opponents (especially Peabody) again soon.

I even read the codex tournamentus or whatever it's called. But of course after the tournament. Silly me.

Users browsing this forum: No registered users and 4 guests